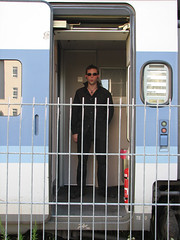 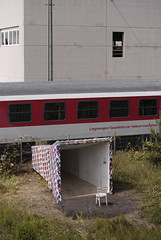 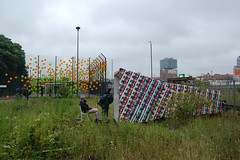 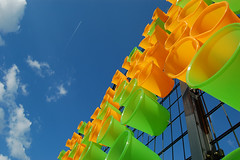 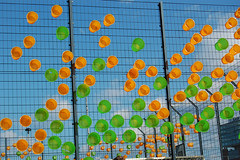 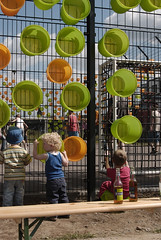 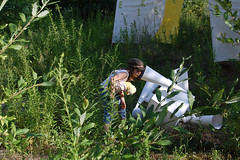 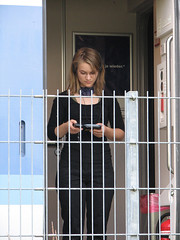 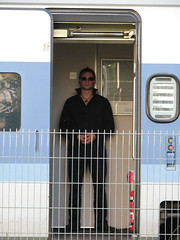 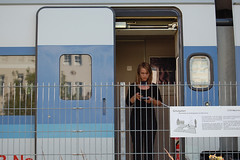 The Composed City workshop was organized for architecture students from the TU Berlin and sound studies students from the UniversitÃ¤t der KÃ¼nste. The topic sound (art) in public space. The uniquely mixed group developed ideas on how sound design and physical design of public space can be combined and how public space can be played as a musical instrument. These ideas were then projected in a specific location, the Wriezener Freiraum in Friedrichshain. The realized sound works then presented at the festival Tuned City. The sound works give attention to the different activities in the park, inviting to play, and making activities audible. The kinetic energy of people is used in an interactive way to set up the basis for new sonotopes.

Composed City is dealing with city sounds; using the public space as an instrument and initiating permanent changes to the existing soundscape. The â€žinstrumentâ€œ to be played is the Wriezener Freiraum labor, part of the former train station Wriezener Bahnhof in Berlin Friedrichshain.