Since 2000, Staalplaat Soundsystem have been making sound artworks and performances, which are usually installed or performed in locations outside the museum – industrial settings, urban public spaces, even nature. Over fifteen years, Staalplaat Soundsystem has amassed a multidisciplinary oeuvre that is ephemeral and immaterial at the same time as it is physical and present.

A striking aspect of Hobijn and Staalplaat’s artistic practice – only partially described here – is the way it confers extra expressive power on common existing objects (consumer appliances, trees, trains, cars, footballs) by mechanically amplifying and processing them and thereby writing them alternative scripts. Everyday reality and ordinary things thus exhibit new sonic and spatial qualities and generate experimental musical and aesthetic experiences while getting audience members involved: they help to make up the work rather than standing apart from it at a safe distance, as with classical painting or sculpture. Jorinde Seijdel 2014 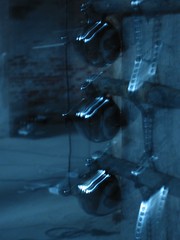 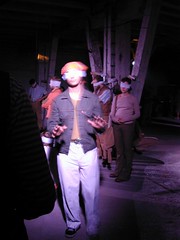 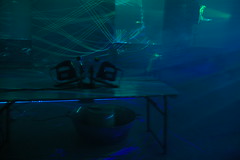 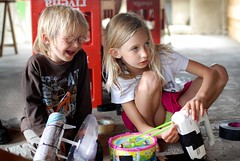 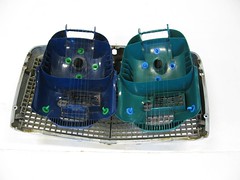 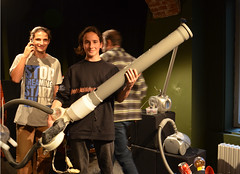 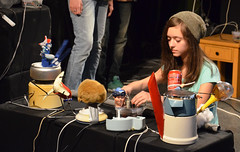 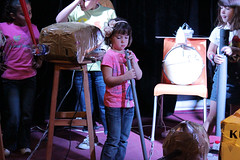 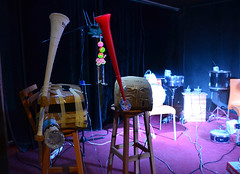 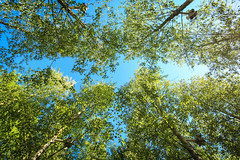 Within the current mood of worshipping the latest technology in media art, Staalplaat Soundsystem provides a breath of fresh air, reminding us of the 100-year tradition of noise-making machines, in which “mad” inventors and various kinds of artists operating in the margins of the art world meet. All these installations were made with the same low tech working philosophy, making an installation look so simple that you think” I can do that.The works by Staalplaat Soundsystem are usually brilliant in their simplicity, the first impression leaving no room for technological mystification. (Anton Nikkilä / Avanto festival Helsinki)