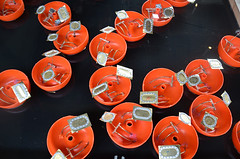 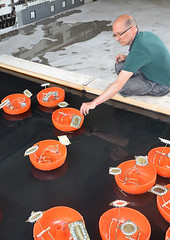 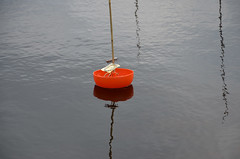 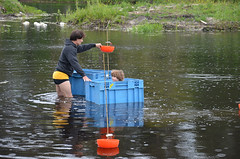 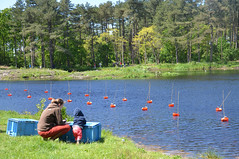 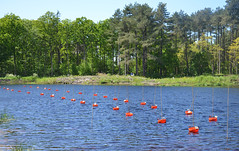 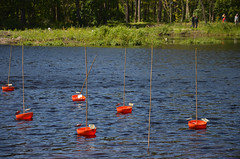 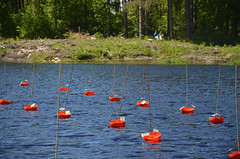 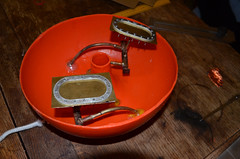 We just build a new sound installation named Acoustic Islands that we presented at the Oerol festival 2013 and at Dordtyard.
Acoustic Islands is a swarm of light producing acoustic insects with a rotating chemo acoustic sound.
It consists of many floating objects that unites three elements; sound, movement and light.
The object is simple and transparent, as a source for this we use a toy engine without moving parts popularly a putt putt engine.
Credit for the first pop pop boat is usually given to a Frenchman named Thomas Piot. In 1891,
A pop pop boat is powered by a very simple heat engine. This engine consists of a small boiler, which is connected to an exhaust tube. When heat is applied to the boiler, water in the boiler flashes into steam. The expanding steam pushes some of the water in the exhaust tube, propelling the boat forward. The engine creates the distinctive “pop pop” noise for which the boat is named.
We developed our own putt putt model based on the work of DarylÂ  Foster which is noisier and what is much stronger than the â€˜existingâ€™ models.
We build two enginesÂ  and use different sound membranes shapes and material and in a kind buoy each membrane a and engine in a opposite direction so that it will spin.