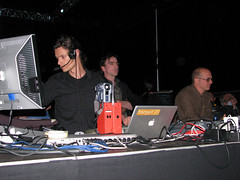 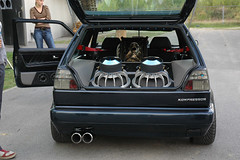 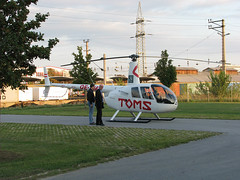 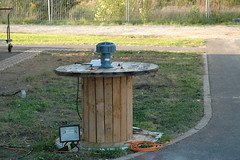 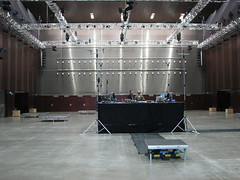 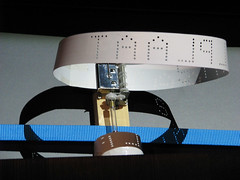 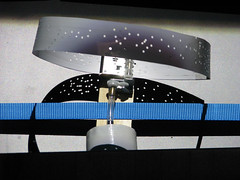 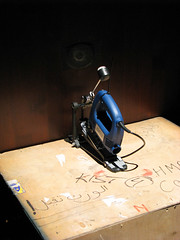 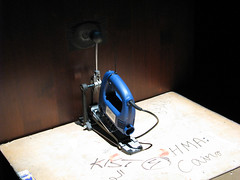 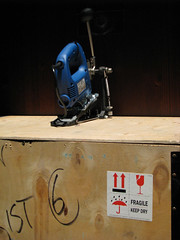 The Helmut-List-Halle is an almost perfect white cube for music. For the opening of steirischer herbst, Staalplaat Soundsystem will for the first time use the hall not as a flawless shell for music but rather play the hall itself as an instrument â€“ in a duet with the noises that surround it and that are usually locked out.
For seven years, Staalplaat Soundsystem, that developed from Geert-Jan Hobijnâ€™s influential experimental independent label Staalplaat, has been creating sound installations that are often of gigantic dimensions: converted household appliances and other items of practical use, washing machines, floor polishers, vacuum cleaners, kitchen blenders and fans. Staalplaat Soundsystem transforms them into unusual sound generators that perform together as a vast mechanical orchestra, thus celebrating the poetry of everyday life and the supposedly banal.
When the international artist formation within the series of â€œArchitoneâ€ not only plays in but with the Helmut-List-Halle, coaxing sound out of it, the audience is an accomplice and living part of the music that emerges around and with it â€“ a music that gives the Helmut-List-Halle its greatest performance, at the same time critically questioning the form and function of the concert hall institution.

Commissioned by Steirischer Herbst and musikprotokoll 2007 (Curators: Susanna Niedermayr/Christian Scheib) we have produced a new version of our Architone project for the official festival opening on the 20th September 2007. Plus a 2nd show on the 21st September.

A short video of the second performance:

http://www.staalplaat.org/video/closed_enough.mov
some more impressions from the opening of steirischer herbst can be found here:

on our myspace stite there two sound tracks

the soundartist Wolfgang Dorninger made some binaural recordings and wrote a small review: part 1 and part 2.

Some reviews can be found here:

————————————————————-
From 26th – 28th we did a workshop on the topic “how to play a building” and presented the results together with the students as a lead-in to the musikprotokoll week with a concert on the 2nd October. This show was also featuring special guest FM3.

Later on the 2nd October we played together with our friends FM3 a Buddha Boxing set at the Generalmusikdirektion.
For some video of this very funny evening please have a look at

On the 3rd October we have done the last Architone performance – for this we invited Goodiepal, Owl Project and our workshop students to play the building together with us.